Home > Trails and Courbet site > The source of the Loue 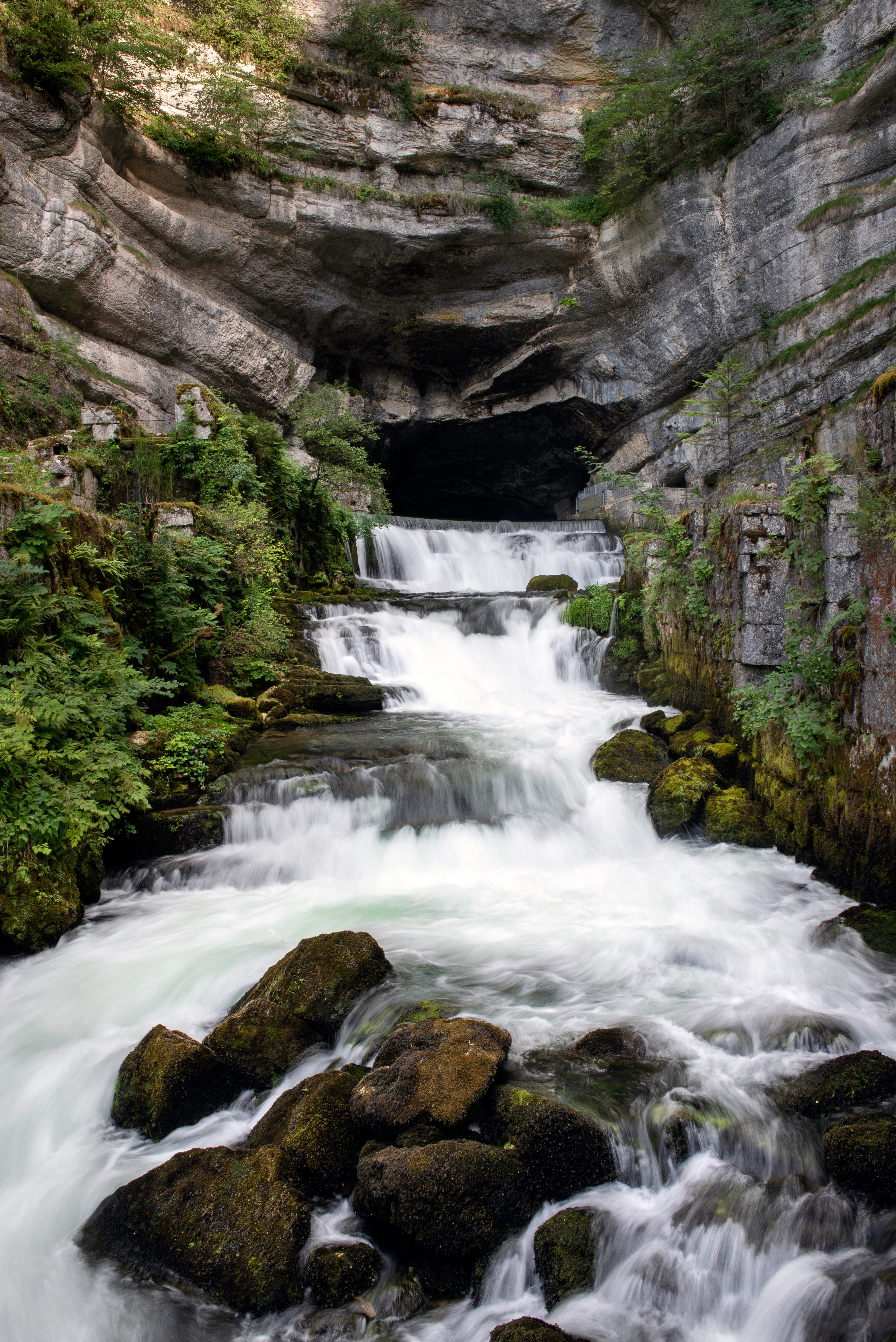 The source of the Loue… and a source of inspiration

As the inspiration for a series of paintings by Gustave Courbet, since the Middle Ages the Source of the Loue has been an important site economically too, thanks to the motor power provided by the water. In the 19th century, several mills fed the nearby factories. Today, the Source of the Loue is one of the most-visited natural sites in the Doubs and an integral part of the “Pays de Courbet, pays d’artiste” cultural project run by the Doubs area council.

The Source of the Loue is located in the district of Ouhans. It springs forth at an altitude of 543 metres, with its waters then passing through the Noailles Gorges and carving out a canyon with a depth of between 250 and 300 metres. It is fed by a huge underground karstic river system of approximately 600 km2, which even today has only been partially explored.

The waters for this source are derived from losses from the Doubs and the Drugeon, along with infiltration water from the Val d’Usiers and the Arc-sous-Cicon basin. The path today walked by hikers to reach the source from the car park shows traces of cart tracks dating from the mediaeval period.

Used by local mills since the 13th century

Since the Middle Ages, the Source of the Loue has played an important role in fuelling the growth of craft activities thanks to the motor power provided by its waters. The presence of mills here was already mentioned back in 1260. In the early 19th century, two small toolmakers’ forges and a hammer (another name for a forge) were established here to produce agricultural equipment. They supplied 200 tonnes of iron per year. In 1857, an oil works, two mills and four sawmills were also located here. Almost 50 people worked in these forges and lived here full-time in the middle of nowhere on the very site of the source.

A hydroelectric power plant in the 20th century

The source’s mills were then used to produce electricity. A hydroelectric power plant was built in 1909, at the initiative of a group of eight districts including Ouhans and Mouthier. Later, in 1913, a total of 16 districts formed a syndicate which acquired the waterfalls and the land: the Société des Forces Motrices de la Loue. The channelled waters travel through a 2,155-metre gallery to a dam, situated 300 metres downstream, at Mouthier-Haute-Pierre. In 1926, the buildings which once housed the source’s forges, which now stood unused, were demolished. Finally, in 1946, the plant was sold to the state and its electricity supplier. Today, the hydroelectric power station of the Source of the Loue is equipped with two production units, producing a power of 1 MW. That situated at Mouthier is equipped with three production units and produces a power of 18 MW.

Courbet and the Source

The Source of the Loue was one of Gustave Courbet’s featured sites in his paintings of Franche-Compté’s countryside. Painted from various angles at different times of day in 1863 and 1864, the series of paintings of the Source produced by Courbet reveals the painter’s love of this spot. It also demonstrates the intense economic activity once found on this site in the 19th century. In some of his works, Gustave Courbet painted the buildings demolished in 1926 and the people who lived and worked near this water source. His work has also been the subject of great deal of artistic research related to the caves and their symbolism.

Letter from Courbet to Jules Luquet in 1864.

The site of the Source of the Loue has been listed as a protected natural or architectural site since 1930. Of the original 19th century buildings, which were demolished in 1926, all that today remains is that housing the “Maison de la Source” (Source Centre), a reception area where among other things films are screened presenting this natural site as seen by Courbet. It is today one of the most-visited sites in the Doubs area.