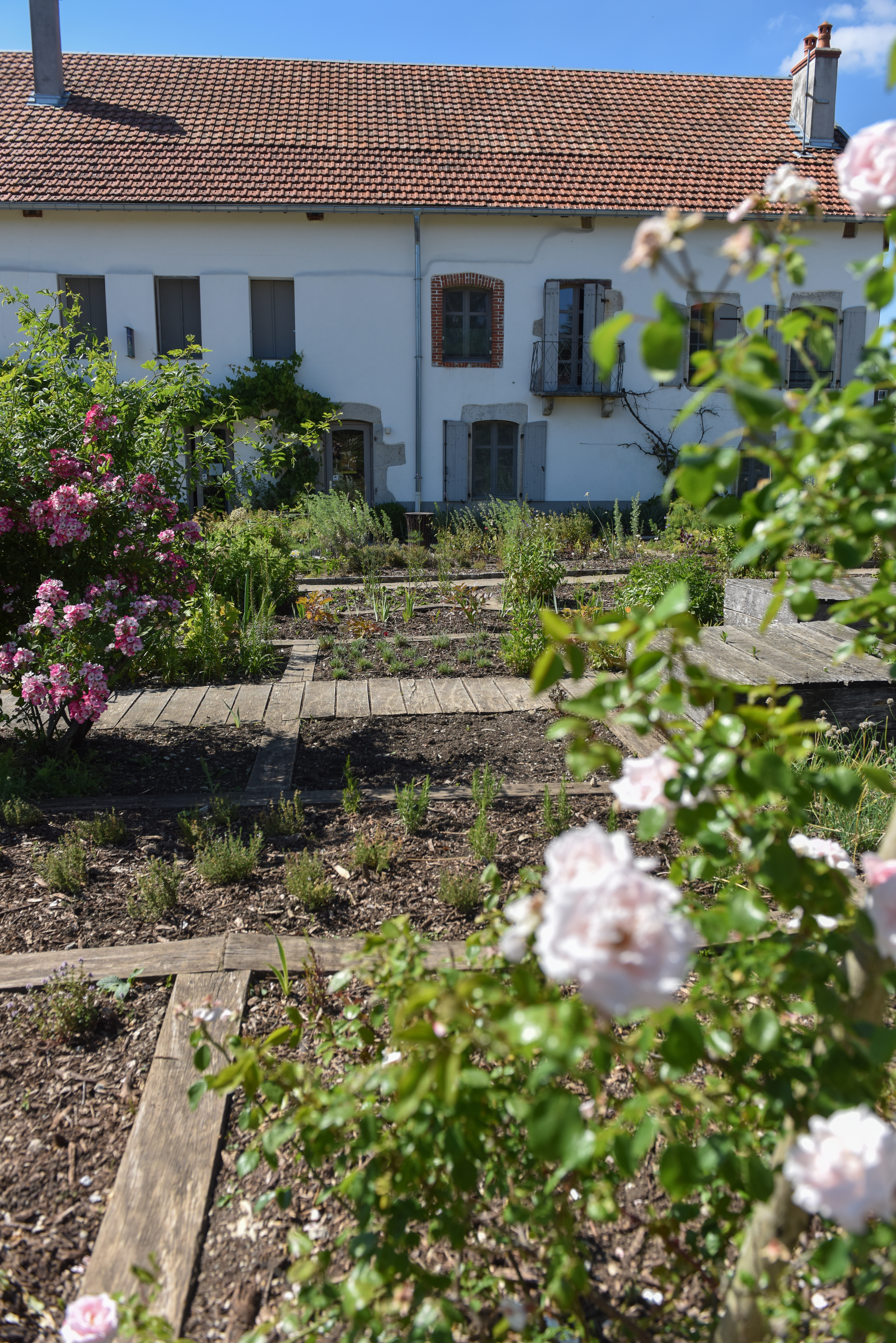 The landscapes and the family garden

Less wooded and with more isolated trees, the landscapes were very different back in the 19th century. This is amply demonstrated in Courbet’s landscape paintings. In the family farm of Flagey, a garden boasting a wide selection of plant varieties made it possible to live self-sufficiently. When the Département (area council) decided to transform this site into a cultural attraction, a garden was also recreated here, matching the 19th century example as closely as possible.

Over the space of two centuries, the landscapes in the Ornans Valley have undergone significant change. As farming developed, the inhabitants cleared many of the forests. The valley therefore had far less woodland than it does today. It’s difficult to imagine the cliffs without the mantle of trees which covers them today! Completely laid bare, they were a much more striking and visible part of the environment and of the view the inhabitants of the day would have had. They stand out in several of Courbet’s paintings as seen in the background in Burial at Ornans (between 1849 and 1850 – Paris, Musée d’Orsay) and Valley of the Loue in Stormy Weather (1849 – Strasbourg, Musée des Beaux-Arts).

Despite this deforestation, a number of trees were saved. Often standing isolated, they served various functions. Some provided shelter for cattle as painted by Gustave Courbet in Siesta at Haymaking Time (1868 – Paris, Petit Palais-Musée des Beaux-Arts de la Ville de Paris), while others marked a crossroads or the location of the statue of a saint. Sometimes, they indicated a location associated with hunting, an activity which the painter often enjoyed. Occasionally the hunters named a tree in reference to the proximity of certain game or because it was located at their usual hunting position. The famous Oak of Flagey (1864, Ornans – Musée Courbet) is thought to be a famous passing point for hares when pursued by dogs.

When the painter’s family were staying here, this garden was divided into two separate parts. There was probably a vegetable garden in front of the house, on the street side, laid out with pathways. Behind the house, another plot was also cultivated. When the farm was renovated in 2008, traces of the former walkways and of old fruit trees and low stone walls which would have been used to separate this area from the main living area were found and preserved. Beyond these low walls, the property continued with an orchard and large meadows containing a pond in a copse

It is said that the garden at the Courbet house
was in bloom all year round
and that it brightened up the whole village.

By recreating the garden in a form as close as possible to what it was back in the 19th century, the Département (area council) decided to plant around a hundred varieties of plants and shrubs in addition to several fruit trees, mainly apple trees. Today, as part of the “Pays de Courbet, Pays d’artiste” educational project, the farm’s garden forms an integral part of the artistic attractions and workshops proposed at the Courbet farm, either for schools or homes for elderly or disabled people and more widely for sectors of society who do not normally have ample access to culture.